Events that occur BEFORE the Day of the Lord:

We will discuss each of these in more detail below.

The Apostasia and the Revealing of the Man of Lawlessness

Now concerning the coming of our Lord Jesus Christ and our being gathered together to him, we ask you, brothers, not to be quickly shaken in mind or alarmed, either by a spirit or a spoken word, or a letter seeming to be from us, to the effect that the day of the Lord has come.  Let no one deceive you in any way. For that day will not come, unless the [apostasia] comes first, and the man of lawlessness is revealed, the son of destruction, who opposes and exalts himself against every so-called god or object of worship, so that he takes his seat in the temple of God, proclaiming himself to be God.  Do you not remember that when I was still with you I told you these things?  And you know what is restraining him now so that he may be revealed in his time.  The coming of the lawless one is by the activity of Satan with all power and false signs and wonders,  and with all wicked deception for those who are perishing, because they refused to love the truth and so be saved.  Therefore God sends them a strong delusion, so that they may believe what is false,  in order that all may be condemned who did not believe the truth but had pleasure in unrighteousness. 2 Thessalonians 2:1-6, 11-12 ESV

The Day of the Lord is not meant to punish those who are righteous and love the truth.  Thus, the gathering of believers unto Christ will occur before it begins.

True believers in Jesus are promised to be spared from this time of wrath will depart from this earth, and so forever be with the Lord!  With the apostasia defined as a departure, Paul’s previous teachings on the catching up event are perfectly clarified.  Paul teaches that the Day of the Lord cannot come until the departure (rapture) has occurred.  Once that happens, the doors to heaven will be closed and God’s wrath will commence.

We also are told that the man of lawlessness will be revealed before the Day of the Lord can begin.  From supporting passages, we can determine that the Lawless One is clearly the future Antichrist.

What will reveal the man of lawlessness?

This revelation will involve a spectacular display of supernatural signs and wonders, driven by satan himself.  I am sure it will be very convincing.  This revelation may also include a re-confirming of the Mosaic laws, or perhaps land and peace treaties.  Those possibilities are discussed more fully here: The Covenant With Israel – Who Confirms It?  Please also see this discussion about the Jewish Messianic expectation, which I believe the anti-messiah will try to appear to fulfill:  Why Israel Rejected Jesus at His First Coming.

The Blood Moon Sign is a special key unique to these 3 passages:

“And I will show wonders in the heavens and on the earth, blood and fire and columns of smoke.  The sun shall be turned to darkness, and the moon to blood, before the great and awesome day of the Lord comes.”  Joel 2:30-31 ESV

And I will show wonders in the heavens above and signs on the earth below, blood, and fire, and vapor of smoke; the sun shall be turned to darkness and the moon to blood,  before the day of the Lord comes, the great and magnificent day. And it shall come to pass that everyone who calls upon the name of the Lord shall be saved.’  Acts 2:19-21 ESV

When he opened the sixth seal, I looked, and behold, there was a great earthquake, and the sun became black as sackcloth, the full moon became like blood,  and the stars of the sky fell to the earth as the fig tree sheds its winter fruit when shaken by a gale.  The sky vanished like a scroll that is being rolled up, and every mountain and island was removed from its place.  Then the kings of the earth and the great ones and the generals and the rich and the powerful, and everyone, slave and free, hid themselves in the caves and among the rocks of the mountains,  calling to the mountains and rocks, “Fall on us and hide us from the face of him who is seated on the throne, and from the wrath of the Lamb,  for the great day of their wrath has come, and who can stand?”  Revelation 6:12-17 ESV

The Blood Moon Sign (Seal 6, Joel 2, Acts 2) specifically comes BEFORE the Day of the Lord.  It occurs as a result of “wonders in the heaven and on the earth, blood and fire and columns of smoke”, which themselves are likely the result of earthquake and volcanic activity.  There may be other “heavenly signs”, such as asteroids and meteors, as well.  These “wonders” darken the sun and make the moon appear red on a global scale.

It appears that ALL the inhabitants of the earth recognize that “the great day of wrath” has come when these signs collectively appear.  Far from being a “mere” eclipse, this prophetic blood moon will be visible globally.  Note that it is connected with an earthquake which moves EVERY mountain and island on earth, and that ALL the inhabitants of the earth hide from the face of the Lord in connection with this collection of signs. What occurs on the earth will be so severe that no one will be able to deny its apocalyptic message.

When the blood moon sign appears, it would seem that the Day of the Lord has arrived.

The Coming of Elijah

Whether Elijah will literally appear, or will be one who “comes in the spirit of Elijah” (like John the Baptist), is unknown.

Behold, I will send you Elijah the prophet before the great and awesome day of the Lord comes.  Malachi 4:5 ESV

Elijah figures into many Jewish traditions including:

While Jewish tradition anticipates Elijah appearing once more, this passage may have already been completely fulfilled through John the Baptist.  Gotquestions has an interesting study on this:

Question: “Why must Elijah return before the end times (Malachi 4:5-6)?”

According to Malachi 4:6, the reason for Elijah’s return will be to “turn the hearts” of fathers and their children to each other. In other words, the goal would be reconciliation. In the New Testament, Jesus reveals that John the Baptist was the fulfillment of Malachi’s prophecy: “All the prophets and the law prophesied until John. And if you are willing to receive it, he is Elijah who is to come” (Matthew 11:13-14). This fulfillment is also mentioned in Mark 1:2-4 and Luke 1:17; 7:27.

Specifically related to Malachi 4:5-6 is Matthew 17:10-13: “His disciples asked Him, saying, ‘Why then do the scribes say that Elijah must come first?’ Jesus answered and said to them, ‘Indeed, Elijah is coming first and will restore all things. But I say to you that Elijah has come already, and they did not know him but did to him whatever they wished. . . .’ Then the disciples understood that He spoke to them of John the Baptist.”

The scribes were the Jewish religious teachers, mostly Pharisees and Sadducees, who provided commentary on the Jewish Scriptures. Peter, James, and John were familiar with their teachings and asked Jesus about Elijah after seeing Jesus with Moses and Elijah at the transfiguration(Matthew 17:1-8). Jesus clearly stated that Elijah had already come, but, tragically, he was not recognized and had been killed. Jesus then predicted He would likewise die at the hands of His enemies (17:13).

A brief look at the ministry of John the Baptist reveals many notable ways that he was “Elijah.” First, God predicted John’s work as being like that of Elijah (Luke 1:17). Second, he dressed like Elijah (2 Kings 1:8 and Matthew 3:4). Third, like Elijah, John the Baptist preached in the wilderness (Matthew 3:1). Fourth, both men preached a message of repentance. Fifth, both men withstood kings and had high-profile enemies (1 Kings 18:17 and Matthew 14:3).

Some argue that John the Baptist was not the Elijah to come because John himself said that he was not Elijah. “And they asked him, ‘What then? Are you Elijah?’ He said, ‘I am not’” (John 1:21). There are two explanations for this apparent contradiction. First, because Elijah had never died (2 Kings 2:11), many first-century rabbis taught that Elijah was still alive and would reappear before the Messiah’s arrival. When John denied being Elijah, he could have been countering the idea that he was the actual Elijah who had been taken to heaven.

Second, John’s words could indicate a difference between John’s view of himself and Jesus’ view of him. John may not have seen himself as the fulfillment of Malachi 4:5-6. However, Jesus did. There is no contradiction, then, simply a humble prophet giving an honest opinion of himself. John rejected the honor (cf. John 3:30), yet Jesus credited John as the fulfillment of Malachi’s prophecy regarding the return of Elijah.

As the metaphorical Elijah, John called people to repentance and a life of obedience, preparing the people of his generation for the coming of Jesus Christ, the One who had come “to seek and to save what was lost” (Luke 19:10) and to establish the ministry of reconciliation (2 Corinthians 5:18). 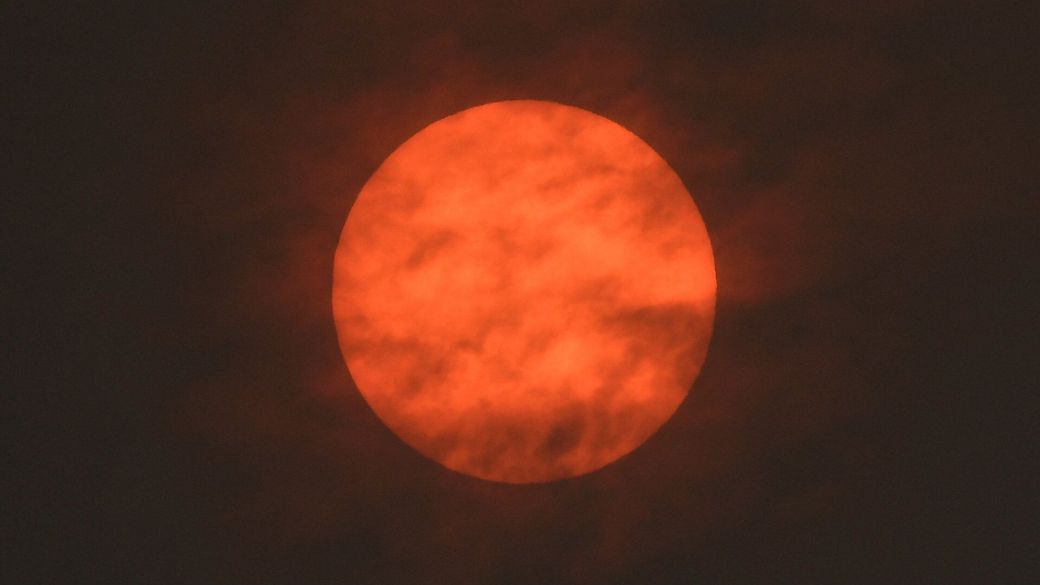