I have been following Jewish Aliyah (return to the Holy Land) for 3 years now, and the proportion of Jews in Israel versus those in the Diaspora (everywhere else) is currently about 45% (2016).  I find it interesting that Jewish population *IS* even tracked. To my knowledge, no other human race is tracked in such a way.  You can follow it at the Jewish Virtual Library here:  http://www.jewishvirtuallibrary.org/jewish-population-of-the-world.

From my understanding, the term “Jew” originally referred to the ancient Southern Kingdom of Israel, which contained the tribes of Judah (line of David) and Benjamin.  The Northern Kingdom contained the remaining 10 tribes, which never did return after the conquest of Israel by Babylon in 587 BC.  These are now called the “10 Lost Tribes”.  (Lost according to man’s reckoning, perhaps, but not to God’s.  God intends to bring all 12 tribes “home” to Israel in the “latter days”.)  I have been informed by Jewish believers that today, the term “Jew” encompasses anyone of Hebraic origin (Abraham’s genetic line, through DNA).

So why is Jewish Aliyah interesting in light of end times prophecies?  Perhaps the Orthodox Jews state it best:

Prophecy can only exist in Israel when the land is inhabited by a majority of world Jewry, a situation which has not existed since 300 BCE. During the time of Ezra, when the majority of Jews remained in Babylon, prophecy ended upon the death of the last prophets – Haggai, Zechariah and Malachi. (Source: www.aish.com)

Orthodox rabbinic beliefs suggest that prophecy can only exist in Israel when it contains the majority of the world’s Jews (over 50%).  Note that this is NOT stipulated in the Scriptures (Torah/Tanach), and seems to be a tradition of man.  However, part of end times prophecy includes God regathering His people.  In Revelation 11, the ministry of the 2 Witnesses God sends to Israel during the Time of Jacob’s Trouble is described in detail.  The Jews might be more inclined to accept His two witnesses as prophets if the majority of the Hebrew people have returned to Israel.   (Unfortunately, we also are told there is going to be a false prophet who promotes the antichrist.  Again, the situation applies that the Jews may be more inclined to accept the false prophet if the majority of them have returned to Israel).

After the fall of Jerusalem in 70AD, the Jews were scattered all over the world exactly as prophesied.  In all of human history, no “dead” nation has ever been rebirthed.  However, God’s word and promises stand eternal.  In the 1800’s AD, the first whisperings of Zionism were heard.  In the late 1880’s the first Aliyahs were made – the return of the Jews to their God-covenanted homeland.  Return to Israel (then called Palestine) trickled in slowly but steadily.

And then, WWII.  God, knowing the end from the beginning, brought beauty out of the ashes of the Jewish Holocaust.  Israel was rebirthed in a day on May 14, 1948… after not existing for approximately 2,900 years.  During a 24 hour timespan, two major events took place.  First, the British control of Palestine expired and second, the United States issued a statement recognizing Israel as a sovereign nation.  Other nations followed the lead of the USA, and Israel was officially reborn.  Within hours of their declaration of independence, Israel was attacked by surrounding countries.  By the grace of God, they held their position.  (Multiple sources site the same facts, but reference can be found at: https://www.therefinersfire.org/israel_born_in_one_day.htm).

Following independence, Aliyah began in earnest.  It continues through immigration, but the ratio of Jews in Israel versus the Diaspora (everywhere else) increases more rapidly than pure immigration.  The birth rate in Israel, particularly among Orthodox Jews, is higher than typical – around 3.0.  In the diaspora, the proportion decreases through death and a lower rate of birth than typical, at just over 1.0.  (Reference Quora: https://www.quora.com/Can-the-Jewish-Diaspora-fertility-rate-rise-as-the-Jewish-Israeli-one-has).

I believe that at the opening of the 6th Seal in Revelation, which starts the Day of the Lord, there will be many deaths worldwide (due to earthquakes, volcanic eruptions, and tsunamis).  This would skew population statistics, particularly if the United States is heavily affected (which is home to a majority of Diaspora Jews).  The “>50% Jews in Israel for a prophet to appear” condition could be met in a day if this turns out to be the case.

While not a scriptural condition, it is certainly an interesting one to consider as we put together all the pieces of the end times prophetic puzzle.

Can A Nation Be Born in a Day?  (One for Israel)

Who Are the Two Witnesses in Revelation 11? 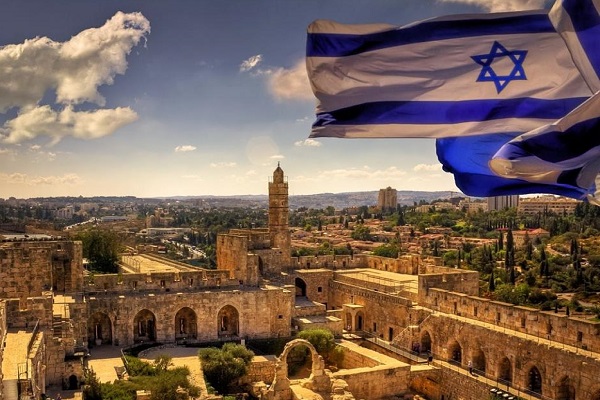 One thought on “Jewish Aliyah – Conditions Prepared for the Two Witnesses”