I’m getting a lot of questions and comments about the July 27 lunar eclipse so I thought I would do a short post to clarify my position on it.  (ETA: I should have known better.  Nothing I write is ever short! 😉 )

For those of you who don’t know, the longest total lunar eclipse of the 21st century will occur on the night of July 27 and will last for 1 hour and 43 minutes.  Here are the deets:

If you want to know more details and where to view it, go to the earthsky link above.  What I’m more interested in than watching the eclipse (which won’t be visible from North America anyways), is whether or not this eclipse has prophetic significance.

People I have grown to truly love and care about are on the fence about this.  Gary at Unsealed says yes, that it marks the imminent fulfillment of Joel 2 this year (link: https://www.unsealed.org/2018/07/did-key-events-preceding-day-of-lord.html).  Scottie Clarke says no, that it marks the Second Coming (link: https://www.youtube.com/watch?v=W3OodQzN-Uo).  I am going to weigh in my thoughts, but encourage you to consider other viewpoints as well.

You must know by now that I love the blood moon sign (hence my website name).  I spend a lot of time thinking about it!  The blood moon is a major key in Biblical Prophecy.  There is one and only one prophetic “blood moon” mentioned in the Bible, and it most certainly has not occurred yet.  Will it occur on July 27, 2018?

Well, it could… but I strongly believe that the blood moon of Seal 6 is not an eclipse.  Let me give you a glimpse of how I think the resurrection/rapture event is going to unfold:

Life continues on normally.  People will be eating and drinking, marrying and giving in marriage, planting and building, buying and selling, working in the field, grinding grain, and sleeping.  In the city of Jerusalem, sudden alarm!  The mountains of Israel crawl with a vast army.  Blow the trumpet in Zion!  Sound the alarm!  But it is too late – the enemy was cloaked by the hand of God Almighty even as they were hooked and led by the jaws.  Imminent destruction!

Will God remember?  Does God see?

Awaken oh God of Israel!  Arise from your silence!

A barrage of missiles, the Iron Dome defeated.  Israel was overconfident and now stands at the brink of annihilation.  The mountains of Israel rumble.  The ground begins to quake.  He who led the enemy to do His will, will rise up and destroy it for the purpose of announcing to an unbelieving world that He intends to fulfill His covenant promises!

Earthquake in Israel!  The ground heaves and falls, splits and groans.  The army, sure of victory, is thrown into confusion.  Chaos erupts.  Torrential rains blind the soldiers.  The ground continues to tremble.

Worldwide, graves burst open.  The Earth trembles, shakes, reels on its’ axis.  It sways like a drunk man.  We look up.  Our redemption draws nigh.  In an instant, all the dead and alive in Christ are transformed – in the blink of an eye!  Buildings topple around us.  Bridges collapse.  The earth continues to sway and groan.  This all occurs at lightning fast speed but it feels like slow motion.  We are untouchable, there is no fear.

Another blink of the eye – we are before the throne of God.  The splendor of His majesty is before us.  We are overwhelmed.  We fall on our faces before Him and cry, “Holy, holy, holy is the Lord God Almighty!  Who was, and is, and is to come!  Salvation belongs to our God who sits on the throne, and to the Lamb!  Worthy is the Lamb who was slain!  Worthy to receive glory and honor and power forever!”

On the earth – terror.  The western coast of North America slips and the Cascadia Subduction zone heaves.  The entire Ring of Fire erupts in earthquake activity of the like never before seen.  Global volcanic activity is triggered.  Back in Israel, hail, fire, and brimstone rain down upon Gog and his army and the nations from which they came.  What begins as divine judgment on the troops surrounding Israel  will expand to include the whole world.  The air is thick with smoke, terror, and gloom.  The atmosphere is filled globally with ash and smoke.  The days are darkened, the moon appears blood red.

And another sign appeared in heaven: behold, a great red dragon, with seven heads and ten horns, and on his heads seven diadems.  His tail swept down a third of the stars of heaven and cast them to the earth. And the dragon stood before the woman who was about to give birth, so that when she bore her child he might devour it. (Revelation 12:3-4 ESV)

…and the stars of the sky fell to the earth as the fig tree sheds its winter fruit when shaken by a gale.  (Revelation 6:13 ESV)

There is no longer a place (purpose) for the accuser of the brethren in heaven, as we have all arrived; there is no one left to accuse (momentarily).

The days of darkness have arrived upon the earth.  Gloom, terror, death, and destruction.  Those who refused to love the truth and so be saved will now experience the judgment of the great and terrible Day of the Lord.

There will be one singular prophetic blood moon, and I believe it will occur as a consequence of the rapture of the Church (specifically, most likely from the resurrection of the dead in Christ).  As I have previously written in The Prophetic Significance of Blood Moons, the Blood Moon occurs 3 times in scripture.  Once, prophetically in Joel 2, once prophetically in Acts 2, and once, the fulfillment, at Seal 6.   Let’s examine it closely:

“And it shall come to pass afterward, that I will pour out my Spirit on all flesh; your sons and your daughters shall prophesy, your old men shall dream dreams, and your young men shall see visions. Even on the male and female servants in those days I will pour out my Spirit. “And I will show wonders in the heavens and on the earth, blood and fire and columns of smoke. The sun shall be turned to darkness, and the moon to blood, before the great and awesome day of the Lord comes. And it shall come to pass that everyone who calls on the name of the Lord shall be saved.”  Joel 2:28-32 ESV

Of great interest is the way Peter quoted Joel 2 in Acts 2:16-21.  Through this passage, I believe he announces the beginning and end of the church age.  If Peter is telling us that the church age will end with the signs detailed in Acts 2:19-21, where do we find a match for this in scripture?  There is only one place:

When he opened the sixth seal, I looked, and behold, there was a great earthquake, and the sun became black as sackcloth, the full moon became like blood,  and the stars of the sky fell to the earth as the fig tree sheds its winter fruit when shaken by a gale.  The sky vanished like a scroll that is being rolled up, and every mountain and island was removed from its place.  Then the kings of the earth and the great ones and the generals and the rich and the powerful, and everyone, slave and free, hid themselves in the caves and among the rocks of the mountains,  calling to the mountains and rocks, “Fall on us and hide us from the face of him who is seated on the throne, and from the wrath of the Lamb,  for the great day of their wrath has come, and who can stand?”  Revelation 6:12-17 ESV

The prophetic blood moon fulfillment is found in Revelation chapter 6, during Seal 6.  There is no getting around this.  Far from being an eclipse, it will be visible globally.  I anticipate that it will be caused by atmospheric ash and smoke worldwide, as the Joel 2 prophecy describes.

Will it be on July 27, 2018?  Well, the rapture is technically imminent and could happen at any time, so in that sense it is possible.  However, I see strong connections to God’s Appointed Times (moedim) and personally believe God will coordinate the resurrection/rapture event with the Gog/Magog war on either Pentecost or Feast of Trumpets.

Everything You Need to Know About Pentecost, the Feast that Ties It All Together For The Church 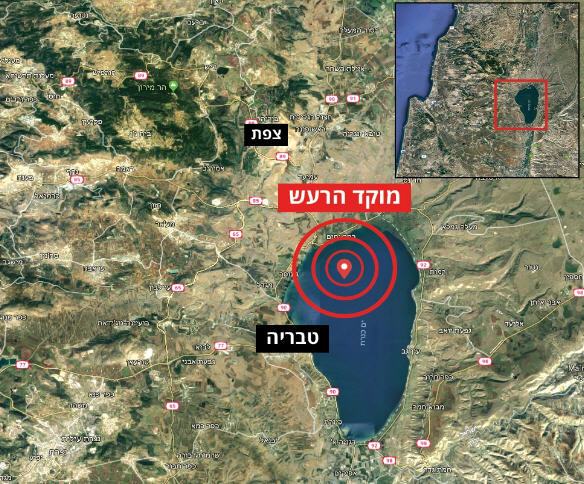