While there are some similarities between the battles described in Ezekiel 38-39, Armageddon, and the Last Battle, there are too many differences for these to be describing the same events. 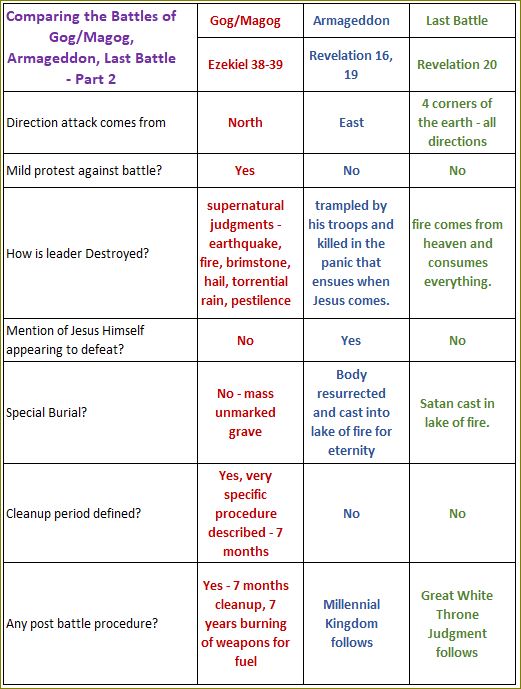 Now let’s examine the differences between the wars of Gog/Magog, Armageddon, and the Final Battle in greater detail (summaries consolidated from The Silence is Broken! by Douglas Berner):

The Battle of Armageddon:

Although there are several small similarities, the differences between the three battles are too significant and glaringly obvious for them to be the same.  These are 3 separate events.

How Many Gogs Are There?

Target Israel: The Battle of Armageddon

The Last Battle (EVER!)