There are several possible interpretations when it comes to the Seal, Trumpet, and Bowl Judgements.  Are these overlapping, or are they sequential?  Is there any way to find out?

First, let’s review what occurs at each Judgment, then we can see if there are any clues that would help to place them on a timeline.  I won’t quote the scripture passages here as that will make this article long, but I will give the references.

The Lamb (Jesus) opens the seals.  The four living creatures (the cherubim) announce each of the horses and riders of Seals 1-4 by saying “Come!”  There are no announcements for Seals 5-7.

Seal 4 – Ashen (Pale/Green/Dappled) Horse ridden by Death, Given Authority to Kill a Fourth of the Earth

Seal 5 – Martyrs Under the Altar cry out for Vengeance; Given White Robes and Told to Rest for a Little While

Seal 6 – Great Earthquake, Sun turns Black, Full Moon turns Blood Red, Stars fall from the Sky, Sky vanishes like a Scroll, Every Mountain and Island Moved, Earth Dwellers all Hide in Fear and Declare that the Great Day of the Wrath of God and the Lamb has Come.

Seal 7 – Silence in Heaven for About Half an Hour, an Angel Offers the Prayers of the Saints Before God’s Throne, The Angel Fills the Censer with Fire from the Altar and Throws it on the Earth, Followed by Thunder, Lightning, and an Earthquake.

The Seventh Seal brings forth 7 Angels with 7 Trumpets.

7 angels each have a trumpet, and when they sound it, the judgment occurs.

Trumpet 5 – Woe 1 – Demonic army is unleashed from the abyss and tortures men for 5 months.  They are not allowed to touch the sealed 144,000.

Trumpet 7 – Woe 3 – Lightnings, voices, thunderings, earthquake, great hail.  Announces that the kingdom of the world has become the kingdom of our Lord.

The angel with the little scroll announced “but that in the days of the trumpet call to be sounded by the seventh angel, the mystery of God would be fulfilled, just as he announced to his servants the prophets.” Revelation 10:7 ESV.  Thus we know Trumpet 7 is carried out over a time period.

7 angels are given 7 bowls containing the final 7 plagues of God’s wrath.  A loud voice tells them to begin pouring out their bowls upon the earth.

Bowl 1 – Harmful and painful sores occur on people who have taken the mark of the beast.

Bowl 5 – Kingdom of the beast is plunged into darkness.  People in anguish over their pain and sores (continuing from Bowl 1).

Bowl 6 – The Euphrates river is dried up to allow humanity to assemble for the battle at “Armageddon” (Jerusalem?).  The antichrist and false prophet send three deceiving frog-like spirits go out into all the world to collect the people.

Examining the Similarities and Differences Between the Seals, Trumpets, and Bowls

From a quick comparison, we see that the 7 Seals are opened by Christ Himself, whereas the Trumpets and Bowls are carried out by angels.  This is a major difference.

We note that Seal 7, Trumpet 7, and Bowl 7 all contain lightning, rumblings, thunder, and earthquakes.  These are major similarities.

The effects of Seals 1-6 have no similarities to any of the trumpets or bowls.  In Seal 6, 144,000 people are supernaturally sealed with the seal of God, and this seal protects them from Trumpet 5’s judgment specifically.  Thus, we know that Seal 6 comes before Trumpet 5.

Trumpet 1 & Bowl 1 have no similarities.

Trumpet 4 & Bowl 4 are not similar.  Trumpet 4 has 1/3 of the light from the sun, moon, and stars being dimmed.  Bowl 4 has the opposite – the sun is scorching people with great heat.

Trumpet 5 & Bowl 5 are not similar.  Trumpet 5 has a demonic army torturing people for 5 months.  Bowl 5 has the Beast’s kingdom literally plunged into darkness, and no timeframe is given.

Trumpet 6 & Bowl 6 are not similar.  Trumpet 6 has a demonic army killing 1/3 of humanity.  Bowl 6 has 3 deceiving spirits sent out into the world to gather people for the Battle of Armageddon.

The opening of the Seals, Trumpets, and Bowls are sequential.  The effects of previous judgments continue on in a snowball effect, as new judgments unleash.  The world is going to be a mess. 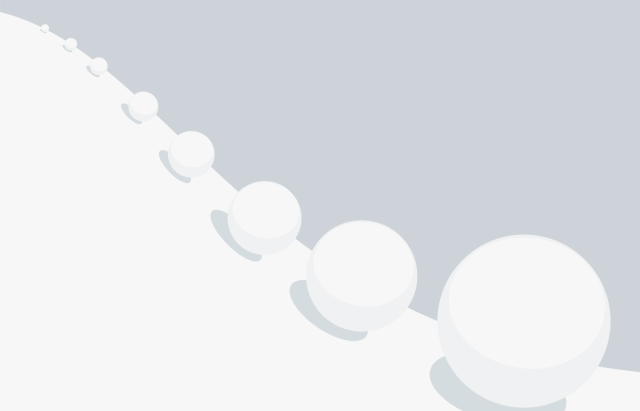 While there are some minor similarities between several of the trumpet and bowl judgments, there are marked differences in severity between these judgments.  That the 7th Seal, Trumpet, and Bowl all contain lightning, thunder, and earthquake signals the “completion” of each of these sets.  Seven is the number of completion.

The Martyrs Under the Altar – Seal 5