When he opened the fifth seal, I saw under the altar the souls of those who had been slain for the word of God and for the witness they had borne. They cried out with a loud voice, “O Sovereign Lord, holy and true, how long before you will judge and avenge our blood on those who dwell on the earth?”  Then they were each given a white robe and told to rest a little longer, until the number of their fellow servants and their brothers should be complete, who were to be killed as they themselves had been.  Revelation 6:9-11 ESV

When Seal 5 is opened, we see a group of souls under the heavenly altar.  This is a very specific group of people – they have been martyred for the witness they had given for the word of God.  Note that it doesn’t say that it was specifically for their faith in Jesus, so this group could include Old Testament martyrs as well.  They are located under the altar in the throne room of heaven, which is a very special and holy place.  These martyrs have  not withheld their very lives in testimony to God, and are very precious indeed. They are souls, because their bodily resurrection has not taken place yet.

This group of martyrs is requesting of the Lord to judge the earth and avenge their deaths.  Note that these saints have been waiting a long time for vengeance. They would not be asking “how long until you avenge us”, if God was already in the process of avenging them through the judgments of the tribulation period!   If they had only been waiting a few months or years, they would be very impatient indeed.  This is an established group of souls, not one that is just arriving.  This group cannot be the tribulation saints, as is so commonly taught.

When seal 5 is opened, the martyrs receive their white robes and are told to “rest a little longer”.  Douglas Berner, in his book Earthquake Resurrection, provides the only logical explanation for the white robes these saints are given.  We never see souls wearing robes – spirits don’t need clothes.  Humans get their white robes when they get their resurrection bodies.

Seal 5 is a picture of the dead in Christ rising and being transformed into robed resurrection bodies, followed immediately by Seal 6 where the ones still alive and remaining are transformed. This process is described in Isaiah 26:

Your dead shall live; their bodies shall rise.
You who dwell in the dust, awake and sing for joy!
For your dew is a dew of light,
and the earth will give birth to the dead.

Come, my people, enter your chambers,
and shut your doors behind you;
hide yourselves for a little while
until the fury has passed by.
For behold, the Lord is coming out from his place
to punish the inhabitants of the earth for their iniquity,
and the earth will disclose the blood shed on it,
and will no more cover its slain.

The body of Christ, both dead and alive, will enter our rest in heaven as per Isaiah 26.  Meanwhile on earth, the number of martyrs will continue accumulating until their fullness is complete (Rev 6:11).  The souls of these martyrs accumulate on the sea of glass in heaven (Rev 15:2).

The first half of the “7-year tribulation” will be very difficult due to the effects of the seals and trumpet judgments.  Many will come to Christ in this time through the witness of the 2 Witnesses, the 144,000, and the through the legacy of those who were true believers.   The first 3.5 years will not be a time of intense religious persecution.

The period of greatest persecution of the tribulation saints comes after the midpoint of Daniel’s 70th week.  This is when the antichrist will be given worldwide rule, and the saints are delivered into his hand.  However, most pretribulation models place the opening of seal 5 in the first half of the tribulation.  I hope you can see the difficulty with this view.

The “tribulation” martyrs appear as a separate group later on in the chronology of Revelation, standing on the sea of glass in Revelation 15:

Then I saw another sign in heaven, great and amazing, seven angels with seven plagues, which are the last, for with them the wrath of God is finished. And I saw what appeared to be a sea of glass mingled with fire—and also those who had conquered the beast and its image and the number of its name, standing beside the sea of glass with harps of God in their hands.  And they sing the song of Moses, the servant of God, and the song of the Lamb, saying,

“Great and amazing are your deeds,
O Lord God the Almighty!
Just and true are your ways,
O King of the nations!
Who will not fear, O Lord,
and glorify your name?
For you alone are holy.
All nations will come
and worship you,
for your righteous acts have been revealed.”

Also I saw the souls of those who had been beheaded for the testimony of Jesus and for the word of God, and those who had not worshiped the beast or its image and had not received its mark on their foreheads or their hands. (Revelation 20:4  ESV)

After the group described in seal 5 receives their white robes (resurrection and eternal bodies), there will begin accumulating the “number of their fellow servants and their brothers [until it] should be complete, who were to be killed as they themselves had been.”  The souls of these martyrs accumulate beside the sea of glass before God.  They don’t ask “how long before you avenge us?”, because they know that vengeance is being played out.  Indeed, it is about to be completed.  At the time of the bowl judgments, the allotted number of martyrs will be complete, and God will finish His vengeance. 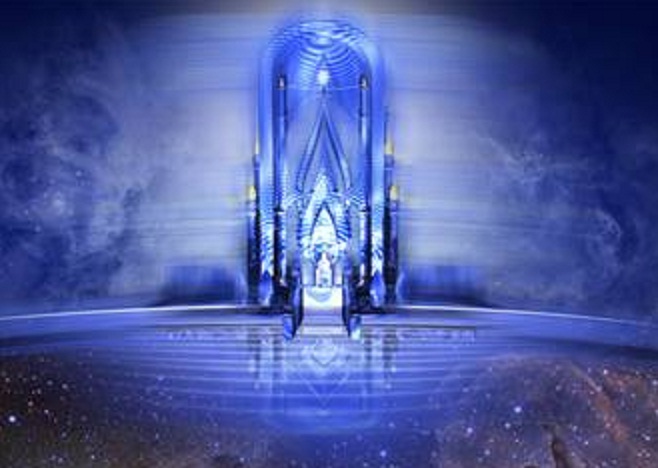 4 thoughts on “Martyrs Under the Altar, Martyrs Beside the Crystal Sea”