One of the first true “Birth Pains” that will indicate that the “time of the end” has finally arrived is Nation Rising Against Nation, and Kingdom Rising Against Kingdom.  This is described by Jesus in His “Olivet Discourse”.  Jesus’ apostles had asked Him when His coming and the time of the end would be.  We will examine all the gospel accounts:

To answer their questions, Jesus first describes the Church Age in one broad sweep:

The Church Age will be marked by false messiahs, false doctrine, wars and rumors of wars.  Some of these wars have been truly dreadful (particularly WW1 and WW2). However, the end is not yet.  How we mark the “not yet” to “has come” is through a specific collection of signs, which will indicate:

Jesus begins to describe the collection of signs marking when “all these things are about to be accomplished”:

These are markers of the end arriving, described as the beginning of the birth pains.  When the end DOES arrive, it will be marked all at once by the arrival of:

There is a tendency for people to read current events into these signs individually, which I believe is an improper practice – “crying wolf”, if you will.  While we arguably do have increasing frequency of earthquakes and pestilences, and possibly war and famine, these are nondescript.  When the signs truly come, it will be all at once – like a flood, and there will be no escape.   “All these” groups the birth pains together as they act collectively.  Think of what we are seeing in the last few decades as “Braxton Hicks contractions” – warmups for the real thing.

But we are talking about wars here, so let’s examine this nation upon nation and kingdom upon kingdom a little further.  These phrases (“nation rising against nation”, and “kingdom against kingdom”) were a Hebrew idiom meaning war involving the entire area.  Other Hebrew examples include:

I will stir up Egyptians against Egyptians, and they will fight, each against another and each against his neighbor, city against city, kingdom against kingdom. (Isaiah 19:2, ESV)

And the sons of Noah began to fight with each other, to take captive and to slay each one his brother, and to spill the blood of men over the earth, and to eat blood, and to build strong cities, and walls, and towers, and single men elevated themselves above the people, and first founded kingdoms, and to make war, a nation against a nation, and nations against nations, and city against city, and all things became worse, and they acquired for themselves arms, and taught their sons war, and began to take captive the cities and to sell male and female slaves. (Jubilees 11:2 Schodde)

So will be their kingdom, they will rule several years over the earth and crush everything, a people will crush another people and nation will crush nation. Until the people of God arises and makes everyone rest from warfare. (4Q246 An Aramaic Apocalypse, Kim)

If you shall see kingdoms rising against each other in turn, then give heed and note the footsteps of Messiah. (Bershit Rabbah XLII:4)

I find the last statement from the Bershit Rabbah particularly telling in light that we are also told:

28 Now when these things begin to take place, straighten up and raise your heads, because your redemption is drawing near.”

The beginning of birth pains – including “world war 3” if you will – is the sign of the imminent rapture of the true church.  This is the escape route for those who are worthy (Luke 21:36); the overcomers (Revelation chpt 2&3)!  Jesus is surely near, at the very gates!!!

Are You Sure It Didn’t Start with WW1 or WW2?

World Wars 1 & 2 were horrible, particularly for the Jews.  How do we know they did not meet this “nation rising against nation” prophecy?  First of all, they were not accompanied by earthquakes, pestilences, terrors and great signs from heaven.  Famine and economic depression did occur after them, as common aftereffects of war.  But to qualify for the “Birth Pain Sign”, all the conditions must be met.

Secondly, WW1 and WW2 occurred BEFORE the “fig tree sign“.  When Jesus lists a specific generation that will not pass away before “all these things” occur, the first sign that can be placed on the timeline is the fig tree leafing out.  That announces that spring has arrived – you are now “in the season”.  I have detailed HERE why Israel’s rebirth in May 1948 fulfills the “fig tree sign”.

World Wars 1&2 certainly played a role in arranging the world’s democracy and populations to prepare for end times events (think the United Nations and Jewish Aliyah).  However, the nation rising against nation, and kingdom against kingdom is yet to come.  Given the threats being uttered of late… you can almost hear the footsteps of the Messiah. 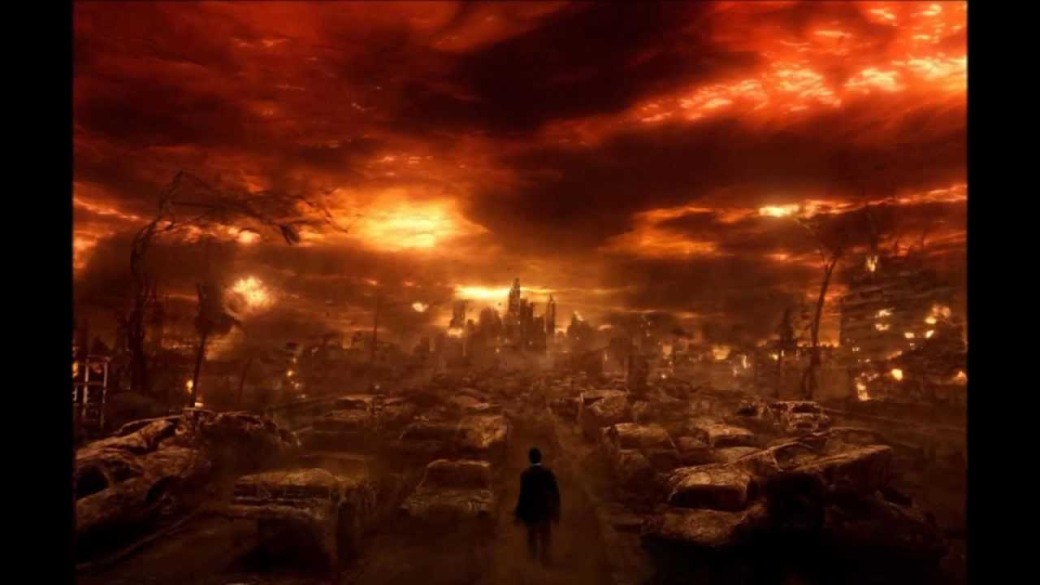