Parousia (/pəˈruːziə/; Greek: παρουσία) is an ancient Greek word meaning presence, arrival, or official visit.  It is used for appearing, as well as coming.

There is much confusion over the second coming of Jesus, but it needn’t be so.  Bible prophecy can be described as viewing “mountain peaks”.  The prophets see the peaks, but the valleys are invisible to them.  This is by design, so that God can both reveal and conceal at the same time, according to His plan and purposes.  A visual for this is as follows:

Just as there was an unforseen time gap between Jesus’ first and second comings, there is a gap between Jesus being revealed at the time of the rapture and Jesus being revealed AND coming down to earth for the Battle of Armageddon.  Understanding that there are two revealings, or appearances, of the Lord Jesus Christ in the context of the end times is a key that unlocks critical understanding of future events.

The Revealing of Jesus BEFORE the Day of the Lord

REVELATION as a LAMB:

The sky is rolled back as a scroll to REVEAL Jesus appearing as the Lamb in the clouds of heaven, beside God’s throne, to receive the saints (rapture).   The reason He appears this way, is because He is actively opening the seals at this time!!!  This is a revelation (apocalypse), but not the “Second Coming”.  Jesus does not come down to the earth at this time, but He does appear in our dimension.  He will call us up from there, with the trumpet voice of God.

This occurs BEFORE the Day of the Lord (Tribulation) begins.  Behold, the Lamb of God, who takes away the sins of the world!  (John 1:29)

Then I saw a Lamb, looking as if it had been slain, standing at the center of the throne, encircled by the four living creatures and the elders.  He went and took the scroll from the right hand of him who sat on the throne… I watched as he opened the sixth seal… Then the kings of the earth, the princes, the generals, the rich, the mighty, and everyone else, both slave and free, hid in caves and among the rocks of the mountains.  They called to the mountains and the rocks, “Fall on us and hide us from the face of him who sits on the throne and from the wrath of the Lamb!  For the great day of their wrath has come, and who can withstand it?”  Revelation 5:6-7, 6:12,15-17 ESV

The sky rolls back as a scroll to reveal the Third Heaven – the supernatural one where God resides.  It appears that everyone on earth can see the face of Him who is seated on the throne, and the Lamb beside Him.  They correctly identify that the events transpiring indicate that the time for God’s wrath has come.  The vision of God on His throne is more than terrifying enough to inspire all of humanity to collectively hide in fear.

I want you to note that the Lamb is not flanked by armies, nor is there a description of power or glory.  At this revealing of Jesus Christ, He appears as a Lamb – the slain Lamb at the right hand of God that has taken the scroll and is worthy to open its’ seals.  The reason He appears this way, is because He is actively opening the seals at this time!!!

If you are wondering at this point why BELIEVERS would cower and hide in fear when the Lamb is revealed, you are doing well.  The answer is, we don’t!  When these signs begin, we will lift up our heads because we recognize that our redemption draws nigh (Luke 21:28)!  Jesus will just call us up from there, with the trumpet voice of God.  This is the Lamb of God, who is our salvation!  The unbelievers ask “who can stand?” and the answer is those who are saved by grace through faith in Jesus Christ can stand! (Rev 7)

Just as man is appointed to die once, and after that to face judgment, so also Christ was offered once to bear the sins of many; and He will appear a second time, not to bear sin, but to bring salvation to those who eagerly await Him.  (Hebrews 9:28 ESV)

For the grace of God has appeared, bringing salvation for all people,  training us to renounce ungodliness and worldly passions, and to live self-controlled, upright, and godly lives in the present age,  waiting for our blessed hope, the appearing of the glory of our great God and Savior Jesus Christ,  who gave himself for us to redeem us from all lawlessness and to purify for himself a people for his own possession who are zealous for good works. (Titus 2:11-14 ESV)

I have fought the good fight, I have finished the race, I have kept the faith.  Henceforth there is laid up for me the crown of righteousness, which the Lord, the righteous judge, will award to me on that day, and not only to me but also to all who have loved his appearing. (2 Timothy 4:7-8 ESV)

When Jesus appears at this time, it is to bring salvation to those who are eagerly awaiting Him.  This is our blessed hope, that we are to encourage one another with:

For the Lord Himself will descend from heaven with a shout, with the archangel’s voice, and with the trumpet of God, and the dead in Christ will rise first. Then we who are still alive will be caught up together with them in the clouds to meet the Lord in the air and so we will always be with the Lord.  Therefore encourage one another with these words.  (1 Thessalonians 4:15-17 ESV)

Although He appears (parousia), He doesn’t come down onto the earth.  Instead, He meets us in the air and we go up into heaven together to be hidden from the time of wrath on earth (Isaiah 26).

All earth dwellers respond in FEAR.  They are taken by surprise.

Jesus is REVEALED on the clouds of heaven, mounted on a white horse, as a conquoring warrior-King.  This is the true “Second Coming”.  Jesus descends into the Battle of Armageddon at this time and comes down to the earth.

Before Jesus is revealed to the world at His second coming, I want to point out that we saw in Revelation 16 (Bowl 6 Judgment) that the nations of the world have gathered in and around Jerusalem specifically to fight Jesus.  Three deceiving spirits will be sent forth from the “unholy trinity” of the dragon, beast, and false prophet to bring the nations together in rebellion against God.  They are EXPECTING Jesus to show up, and they are preparing to do battle against Him.

“Then will appear the sign of the Son of Man in heaven. And then all the peoples of the earth will mourn when they see the Son of Man coming on the clouds of heaven, with power and great glory.“  (Matthew 24:30 ESV)

“Then I saw heaven opened, and behold, a white horse! The one sitting on it is called Faithful and True, and in righteousness he judges and makes war. His eyes are like a flame of fire, and on his head are many diadems, and he has a name written that no one knows but himself.  He is clothed in a robe dipped in blood, and the name by which he is called is The Word of God. And the armies of heaven, arrayed in fine linen, white and pure, were following him on white horses. From his mouth comes a sharp sword with which to strike down the nations, and he will rule them with a rod of iron. He will tread the winepress of the fury of the wrath of God the Almighty.  On his robe and on his thigh he has a name written, King of kings and Lord of lords.”  (Revelation 19:11-16 ESV)

Behold, he is coming with the clouds, and every eye will see him, even those who pierced him, and all tribes of the earth will wail on account of him. Even so. Amen.
(Revelation 1:7 ESV)

And I will pour out on the house of David and the inhabitants of Jerusalem a spirit of grace and pleas for mercy, so that, when they look on me, on him whom they have pierced, they shall mourn for him, as one mourns for an only child, and weep bitterly over him, as one weeps over a firstborn.  On that day the mourning in Jerusalem will be as great as the mourning for Hadad-rimmon in the plain of Megiddo. (Zechariah 12:10-11 ESV)

Jesus will appear at this time in power and great glory, flanked by the armies of heaven (His holy ones, including the previously resurrected/raptured/rewarded Bride of Christ).  Those who have been deceived by the antichrist, particularly those of the house of Israel, will weep bitterly as the realization that they rejected their true Messiah drives into their heart like a knife.

While the peoples of the earth had been collected in rebellion to FIGHT Jesus, when He shows up they will MOURN instead.  The fact that they have been deceived will now be painfully obvious.

Jesus will descend and defeat those gathered against Him at the Battle of Armageddon.  He will remain on the earth and set up His Messianic Kingdom.  This completes the “Second Coming” of Jesus.  The Great Tribulation (both Daniel’s 70th week and the Day of the Lord) comes to an end with Jesus appearing in power and glory, mounted on a white horse in the clouds of heaven.

Comparing the 2 Phases of The Second Coming

When Jesus next appears, it will be as a Lamb.  It will catch the world unaware – unbelievers (and most believers) will NOT be expecting Him.  Only the earth will be shaking at this time (not the powers of the heavens).  This appearance will mean salvation to those who are His true followers, who are about to be taken from the earth and received into heaven.  This appearance will announce impending wrath to those who are left behind.  Those who are left behind will be terrified, and hide in fear.

After an approximately 7 year period of wrath, Jesus will appear again.

When Jesus appears at that time, it will be as a warrior-King.  The world will be expecting Him, and unbelievers will have collected to do battle with Him.  They will be angry and blaspheming Jesus.  However, when He appears, they will realize they have been deceived and will mourn and wail.  Jesus will defeat His enemies at the Battle of Armageddon as the 7th Bowl Judgment is poured out.   Both the heavens and the earth will shake as Jesus defeats all the kingdoms of this world (supernatural and natural).   (That study is HERE – What’s Shaking, the Earth, the Heavens, or Both?).  This appearance will seal the fates of all who dwell on the earth and judgment will soon follow. 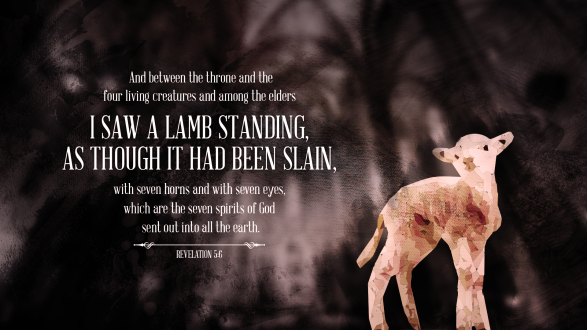 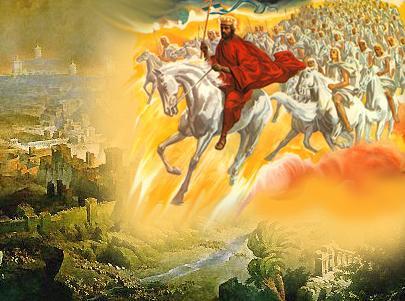