Future events predicted in Biblical Prophecy involve a Jewish Temple.  Since a Temple hasn’t existed since 70AD, a new one must be built to at least partial completion (minimum: altar of sacrifice) before certain prophesied events can occur.  The closer the Third Temple comes to being a reality, the closer we must be to other end-time events.

A note on the First and Second Temples:

Matthew 24:1–2 ESV says, “Then Jesus went out and departed from the temple, and His disciples came up to show Him the buildings of the temple. And Jesus said to them, ‘Do you not see all these things? Assuredly, I say to you, not one stone shall be left here upon another, that shall not be thrown down.”  Flavius Josephus, a first century Jewish historian, writes that the entirety of the temple was indeed taken down to the very last stone.  The Israelites were then effectively scattered among the nations as prophesied.  Thus, the location of the temple site was lost to history.  What is known today as the Wailing Wall is actually part of an early Roman Fortress.

Necessity of a Third Temple:

There are plans well underway to build the Third Temple:

There are a few possible locations for the Third Temple:

One, is that it will be rebuilt on Mount Moriah, where the Islamic Dome of the Rock currently stands.  This has historically been considered to be where the First and Second Temples stood, and is what the Temple Institute monitors regularly.  Support for placing the temple in Jerusalem is found in Revelation, which describes the temple as being in the “Holy City”. In this case, it is quite likely that construction wouldn’t be possible until after a future war – that of Isaiah 17/Psalm 83 and/or Gog/Magog’s war “of many”.  These wars would effectively neutralize the Islamic influence in the area and release the Temple Mount to Israel’s hands.

Two, is that the Third Temple might be built near Jerusalem, to the north, in Shiloh.  This seems to be where the Tabernacle once stood.   Jack Kelley takes this viewpoint and describes it very well in his article, The Coming Temple.  While Revelation 11 describes the location of the temple is described as being in the “Holy City”, does this Holy City have to be Jerusalem?  Jack Kelley uses boundaries of the Promised Land given in Ezekiel 47-48 to place the “Holy City” somewhat north of the current city of Jerusalem, in the ancient city of Shiloh.

Three, there is yet an additional option besides the Dome of the Rock and Shiloh.  Recent archaeological evidence suggests that the First and Second Temples stood in the City of David, otherwise known as Zion.  This is about a 12 acre area 600 feet south of the temple mount (Dome of the Rock).  It would also meet the requirements of Revelation 11 as being in the “Holy City”.  This view is presented by Bob Cornuke and more information can be found HERE and HERE.  I highly recommend his documentary on YouTube – The Temple (Bob Cornuke).

I definitely lean towards Robert Cornuke’s current research and teachings that the Third (Tribulation) Temple will be located in the city of David.  Regardless of where the Third Temple will be built, it is clear that it *will* be built at some point.  It seems that in the near future, events will transpire that will be the catalyst for the Third Temple to be rebuilt and Old Testament sacrifices to resume.  Whether this will involve war or peace, or both, remains to be seen.   However, it seems that preparations are all ready to go at a moment’s notice.

Bob Cornuke – Search for the Temple 2018 (Prophecy in the News)

The Strange Story of the False Wailing Wall 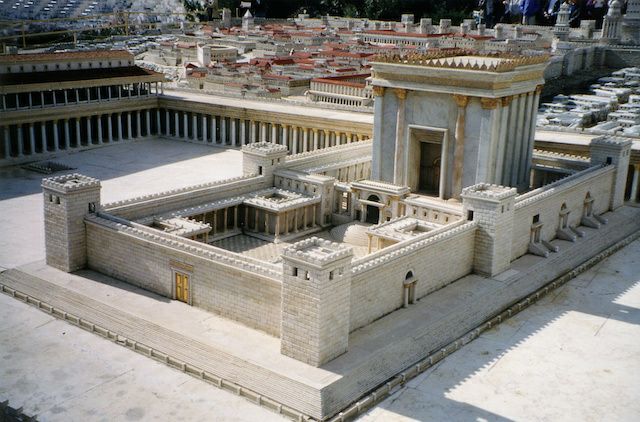 One thought on “The Third Temple – Prophecy and Progress”